A rather technical route, which puts both the ascent and the descent to the test. One of the few routes that develops entirely in the high mountains and that is suitable for mountain biking. On clear days, especially in autumn and spring, it offers spectacular views of the whole of Biellese and Canavese, as well as a fascinating view of the circle of the Alps.

WARNING! In summer, farmhouses and grazing animals are protected by sheepdogs. Usually they are not aggressive, but in case, it is better to get off the bike, not approach the flocks/ herds and do not make unconventional or challenging movements not to annoy them.
Difficulty level:
 4/5

Click on the map icons to read the description!

Click the menu on the right side of the map to see the legend.

On the dirt road that descends from the slopes of Mombarone to the Bossola di Netro (second part of the proposed itinerary), you will meet the panel indicating a small deviation on the right for the “Roc d’jafe“. Taking this path, a few meters further you reach a huge rock overlooking the valley. This place is at the center of an ancient legend born among the villages of the Upper Elvo Valley. It is said that a long time ago, a Celtic clan reached these places and settled there for a while. Initially the strangers befriended the inhabitants of Muzzano, revealing them that they were led by a fairy and also promising to teach them the method of extracting gold from the Elvo stream. Meanwhile, the men of Muzzano had been fascinated by the Nordic characters of the women, beautiful as faries and so different from the small and rough Muzzanese women, who obviously became very jealous. One evening, the inhabitants of Muzzano were invited to the mountains, to the camp of the strangers, to celebrate all together with food, bonfires and dances. It was during these frantic dances that one of the women spotted under the dress of the foreign women, long and yellow shoes, similar to palmed paws. Then, she began to shout, “The strangers have goose feet! Look at that!” The music stopped and all the women echoed, mocking the wives of the Celts. The Muzzanese left, unapologetically and contemplating returning later to force the strangers to reveal the secret to extracting the gold. When they returned to the mountains, they no longer found the foreigners, but in the cave that topped their camp they saw the beautiful fairy. With the intention of kidnapping her, the men approached her, but suddenly a huge snake spoke to them in front hissing and putting them on the run.

In 2009, this legend was the theme of a project carried out by the children of Netro primary school, who created a long and pleasant path that from the center of the village leads up to the Fairy Rock, with the accompaniment of numerous illustrative panels.

Already at the beginning of 1600, the Graglia area was chosen as the center of a major project that included the construction of a Sacred Mount with 100 chapels, which would unite the village (600 m above sea level) to the Colle San Carlo (1,200 m). In 1617 the Chapel of the Annunciation was built and inside was placed a wooden statue depicting our Lady Lauretana that immediately aroused an intense Marian devotion, recalling pilgrims every year. After several vicissitudes, in the mid-1700s work was completed to transform this chapel into a true Shrine, which could also accommodate pilgrims and becoming the center of the cult of Our Lady Lauretana in the area.

or contact the following numbers for times and guided tours:

Other activities in the area

1) The goal of my itineraries is to always return to the starting point (rings) and pedal as little as possible on the asphalt. However, when this is unavoidable, I mostly choose secondary and uncongested roads. In addition, I establish the starting point in a place where it is convenient to park the car.
2) I decided to divide the Biellese into 5 main areas, depending on the geomorphology of the territory, unlike how it results in topographic maps (North-Eastern, Northwestern, Central-Eastern, South-East and South-West).
3) I have referred to some routes as “Children’s Fit”, but of course it is the responsibility of each parent to determine whether an itinerary is suitable for their child’s abilities.
4) With “Period of agility”, in the description, I refer exclusively to the presence of snow on the path, therefore not considering other variables such as rain or the presence of mosquitoes. In the “Where to Sleep” boxes I wanted to propose some alternative solutions to the typical B&B or hotel, citing facilities such as mountain huts, hostels or campsites.
5) Before you leave for any tour, read the section “In practice”! 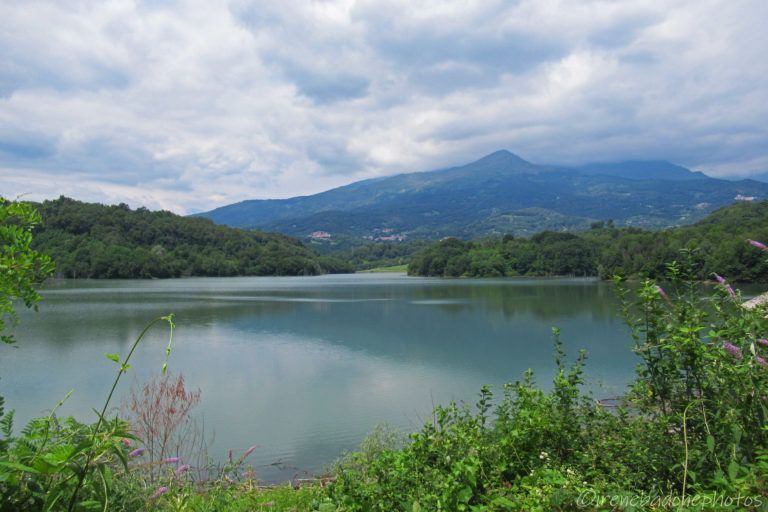